Here at AnAcreInHampshire we are really lucky to have a small paddock in front of the house. When we moved here, this was a large open space where horses once grazed - we owned half, and our neighbours the other. There was a clause in our contract that we had to erect a fence to deliniate our boundary, but this was a project that kept dropping down the list of priorities.

Six months later, neighbour Graham and I decided we should crack on with the fence - in the interests of labour saving we got a quote for a contractor to install a post and rail fence, but we thought that £600 for 30 metres of encing was a bit rich. As ever, we decided to DIY!

After shopping around for supplies, we visited a firm called McVeigh Parker in Bradfield - think Scats on steriods! Graham and I wandered round with jaws dropping at all the great stuff they sell... So that was the materiels sorted - how about some tools? We love tools! 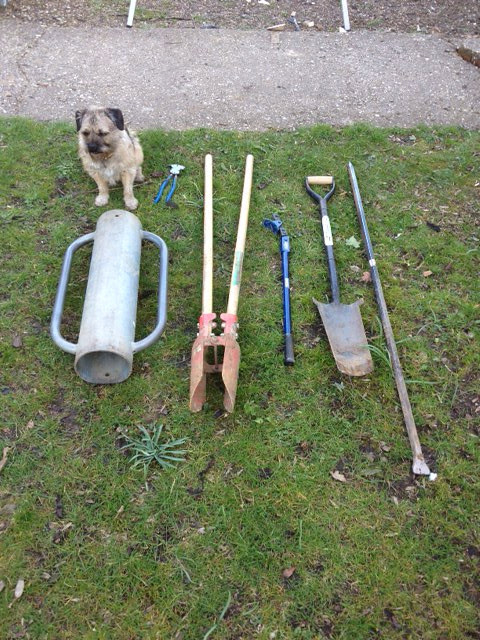 Here is Monty posing with the essential tools for an aspiring fencing ninja - from left to right we have;

Now, all you need is a few days of good weather to dig some holes, drive the posts, fix some stock fencing and attach rails and you are done!

The most important lesson we learned was to brace everything - the stock fencing would exert enough force to pull a 150mm square gatepost (with over a metre driven into the ground) out of vertical. We used a combination of rails to brace as 'pushers' and strained wire as 'pullers' where a pusher would block a gateway. 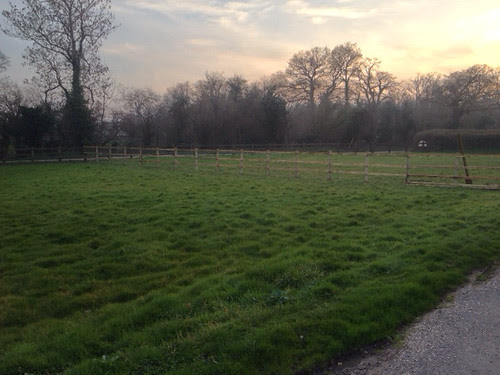 This is a pic taken one glorious evening of the fence across the paddock. 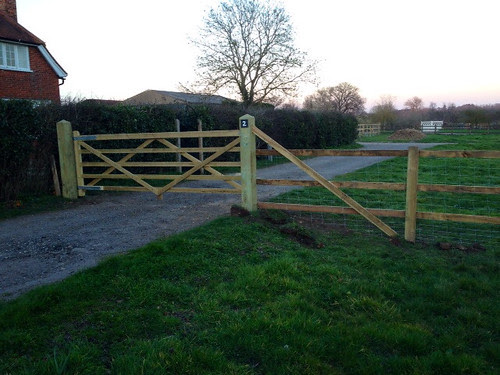 The gate we installed between the houses - note the diagonal 'pusher' to strain the stock fencing, with a proper chiselled mortice to ensure mechanical stability. 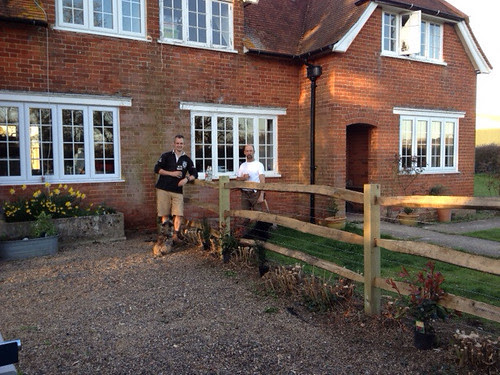 Graham (R) and I relaxing after finishing the cleft fence across the front garden. This was much more work as you can't really drive the posts in, as the rails sit in mortices in the posts. A much nicer looking fence than square rails though!

Posted with Blogsy
Posted by Unknown at 08:41