So, the theme this week is painting. We've been painting non-stop and there's still loads to do.

Last Saturday saw the first delivery from our new, shiny trade account at Howdens - four doors, doorframes and weather seal, in an attempt to finally make the Workshop and Garden Room watertight and secure.

My wonderful new Festool track saw and router made short work of door fitting - all four doors had been cut to size, frames installed in the oak, hinge and lock pockets routed and decorative grooves cut in two days. The most satisfying things about using the Festool kit are the achievable precision and the remarkable quality of the finish - I have never been so attached to my power tools!

All the Workshop doors had decorative grooves routed into the surface, to give the impression of a panelled door. Even this was an easy and relaxing job with the router set up on my 3000mm Festool rail... 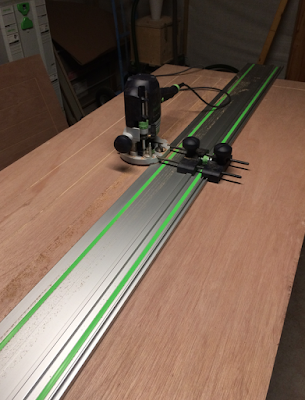 Using the limit stops on the rail meant that all the grooves lined up perfectly... 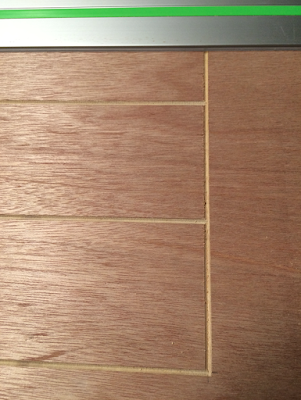 A quick couple of coats of paint and they are ready to hang. We've used quite a dark grey colour which I'm hoping will contrast nicely with the light grey silvery colour of the cedar shingles. We copied the colour from my sister's renovation project in Suffolk - it works very well there, so fingers crossed that it works well further west! It is RAL 7012 (Basalt Grey) in case you are interested... 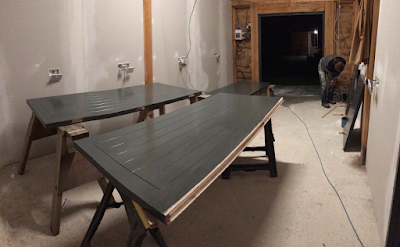 These are the double doors that will fill the large opening to the Workshop - Kristy is crouching in the corner painting the stable door that will lead to the Garden Room.

Eagle-eyed readers will notice plasterboard on the walls and sockets installed. I've skipped over my unpleasant week with 55 sheets of plasterboard which collectively weighed over a tonne - it wasn't my favourite part of the build, but it does makes the place feel a bit more finished. We've still got to finish filling and sanding - there is a blanket ban on dust and sawdust while wet paint is present!

This is the result - I really like the colour, which makes the Barn look really finished. I still need to pop the beading around the glass in the window and attach the lock escutcheon (what a great word!) 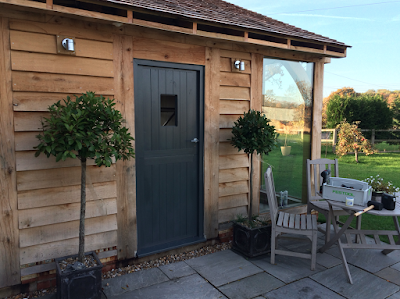 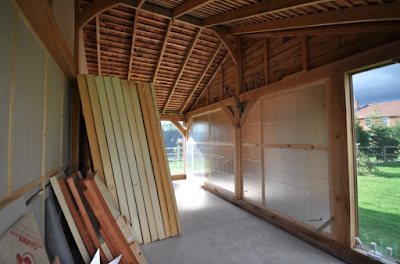 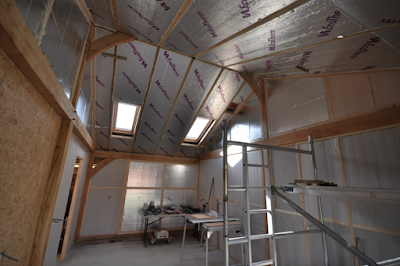 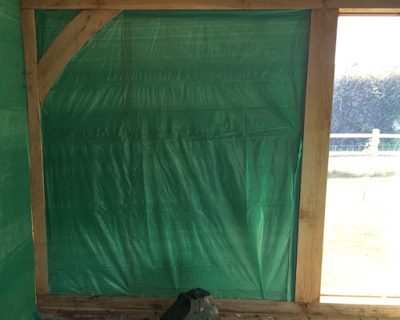 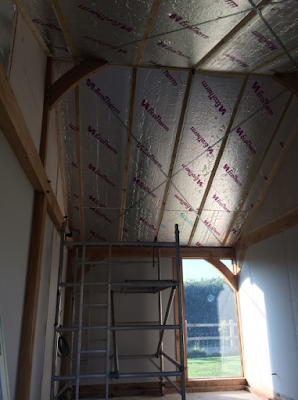 In other news, we've designed and ordered our new kitchen, Roy is close to signing off the design for the Orangery for the side of the house, the doors for the Barn are on the way and work is racing along to plasterboard and paint the two rooms in the Barn.
Posted by Unknown at 04:39 No comments: