We have our very own tip in the garden!

After our old Cess Pit was disconnected, we had a quandary - what to do with a 30 cubic metre underground bunker with 40 years of excrement soaked into the walls? A rash conversation with the sewage man had me pondering a storm shelter / doomsday bunker / wine cellar / man cave - a secret hatch in the lawn, with a ladder down - it would have been amazing! However, a bit of reading on the internet put paid to that - would you EVER be happy that it was clean? Really clean?

Anyway, to kill two birds with one stone, I asked Dickie (Groundworker Extrodinaire) to knock the top in with his Kubota, and to crack the waterproof bottom of the cess pit to ensure drainage. This would allow us to fill it with the tonnes and tonnes of hardcore and waste we would otherwise have paid to have trucked away - and would prevent the 'bunker' idea ever reforming in my mind!

Here it is - it was emptied and limed before being opened up. The planks were from the original formwork around which the concrete cap was cast. 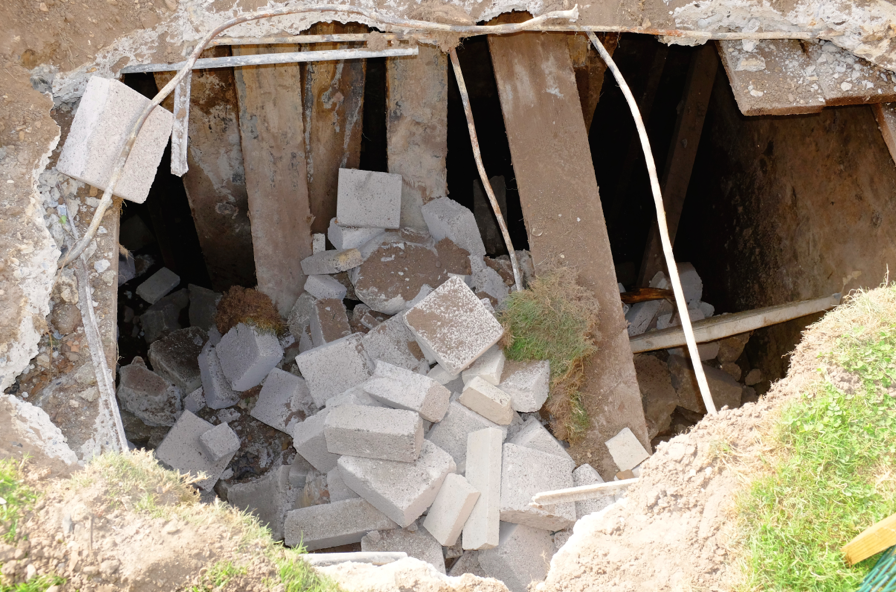