It has been fairly manic here over the last fortnight - and not just because the grass needs mowing every five minutes!

Shortly after we had poured the foundations for the relocated shed, we hitched up the trailer and headed off to Owlsmoor to collect our latest eBay purchase - a load of 70 concrete blocks. The idea is that I will build an exact replica of the dwarf wall that the shed currently sits on, so that when the time comes we can strip the shed and move it across the garden - and straight onto the new wall without any extra work. These blocks are about £1.50 each in Wickes (I'm sure other places are cheaper, but I hate having to phone Jewson and Travis Perkins every time for a price...) so getting 70 reclaimed blocks for £40 was a nice saving.

They are pretty heavy though - I reckon about 12kg each, which put the trailer right up at it's load carrying limit. The 110 was pretty hairy to drive back!

Fortunately, the hard ground meant I could reverse some way into the top of our garden without the trailer sinking. It was still a real ordeal carrying all the blocks for the second time in one day! 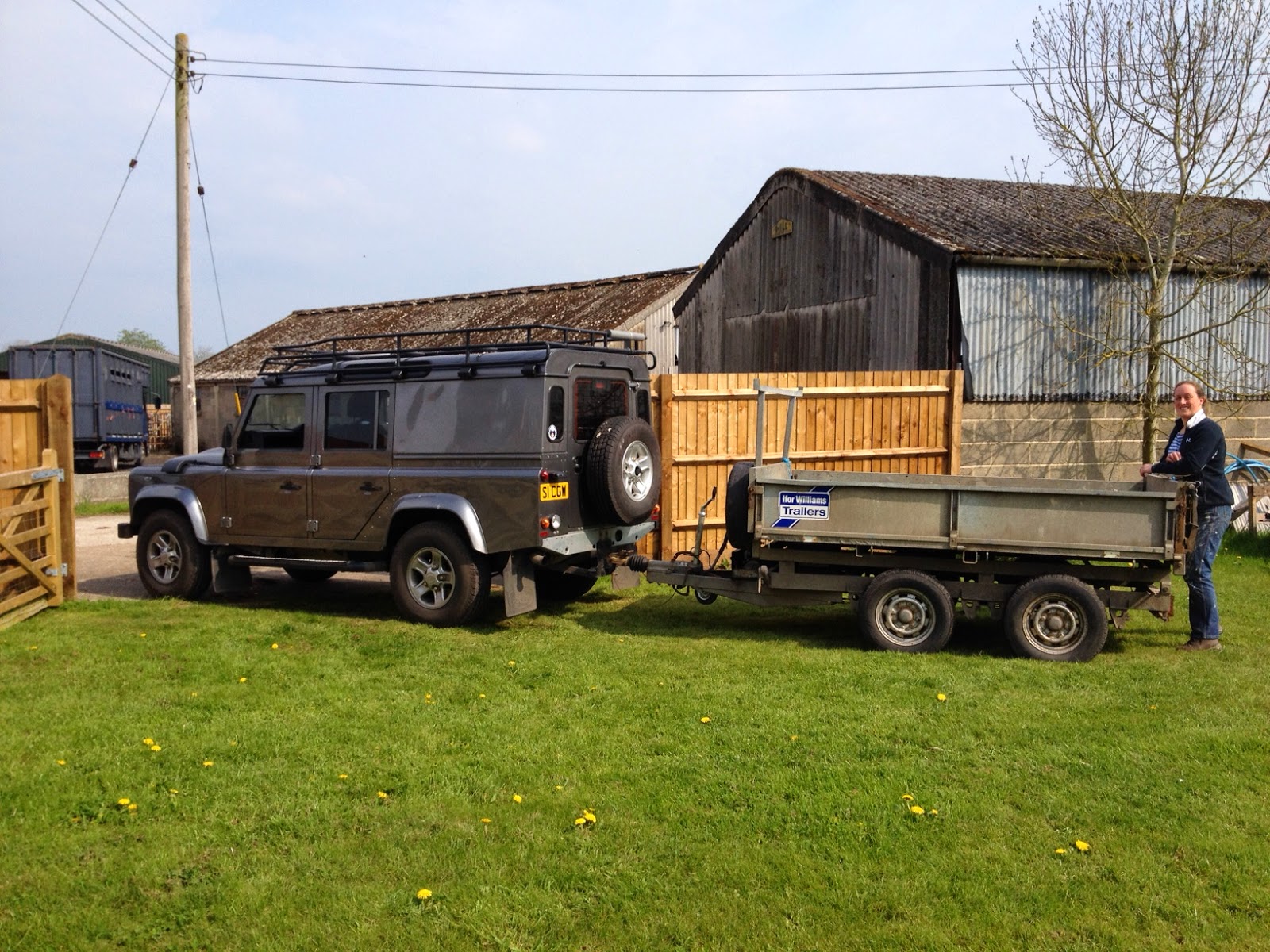 No sooner than the blocks had been collected, it was back to the day job for three long day shifts - I finished at 5pm on the Sunday, and immediately jumped in the 110 and drove for three hours to Shropshire for a week long green oak framing course - but more of that in the next instalment!