Excuse the cryptic title - as a belated nod to this year's D Day anniversary we are marking today as D-Day Minus One - the day before battle! 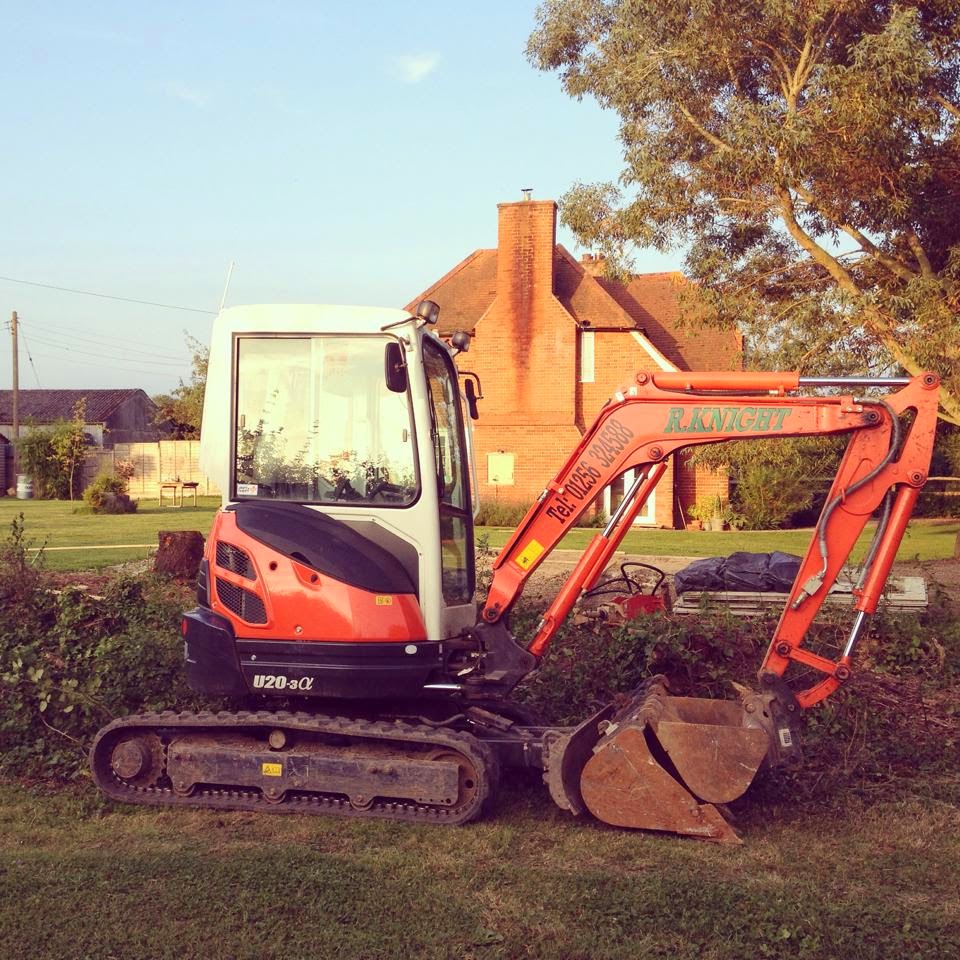 Tomorrow, the groundworks start. I still can't quite believe that we are here. Richard the Groundworker dropped this beauty off this evening, and we had a very positive project management meeting with the rep from the sewage treatment plant company.

Kristy and I spend a rather amusing (looking back on it...) half-hour this morning arguing discussing where the Barn should go. We are restricted in the north / south axis - we can't go any further south owing to the restrictions imposed by our Permitted Development, and we can't go any further north as we would block out the evening sun from the house. Our east / west orientation was rather fixed by two nice mature cherry trees which would make parking difficult if we were too far west, and the potential for a loss of useable garden if we were too far east. Our discussions concerned 'yaw'. Kristy thought it should be absolutely parallel with the house, whereas I thought it should be slightly skewed to allow ease of parking. We laid out each version (without measuring...) and discussions went back and forth - until we realised that 'absolutely parallel' was closest to my preferred layout anyway! We had been arguing towards the same outcome from different directions... what a waste of time that was!

So tomorrow, the guys start digging the footings for the extension (7 metres wide, under the chimney in the pic above) - the barn is next, and the concrete trucks for the footings arrive on Thursday. All go at AnAcreInHampshire!
Posted by Unknown at 13:36