Where to start? We have had the most manic fortnight - which somewhat accounts for the lack of updates. Last weekend was the Reading Festival - and for us at work, it's a really big deal - pretty much the biggest event we have to work every year. Kristy and I were both working very long hours - I had to work 12 hour night shifts (five in a  row...) out of a set of eight days at work. Combine this with a bout of coughs and colds, and it has been a pretty slow start to our days off.

Fear not though, there has still been plenty of progress - this house / barn / homestead won't build itself!

Last week saw a HUGE delivery of all things concrete - loads of blocks and some bespoke-ordered pre-stressed concrete beams. A bit of a problem when the truck arrived - Dickie the Groundworker asked the driver "Where's the hi-ab crane I asked for?" to which the driver replied "Where's the fork-lift I was told you had?" Everything had to be offloaded by hand - which meant that the guys were half-dead before they had laid a single block.

The construction method is quite simple - the beams span between the rows of engineering bricks (themselves sitting on the trench fill foundations), and the blocks fill in the holes in between the beams. Whenever you order these beams, the suppliers provide engineering-spec load calculations to prove that they are correctly specified. I had changed the size of the groundworks by a fraction - which meant that everything had to be re-ordered and re-calculated. Never mind - do it once, do it properly is the motto!

Here are the beams in place, and the blocks going in. The electricity panel is poking through the blocks on the left... 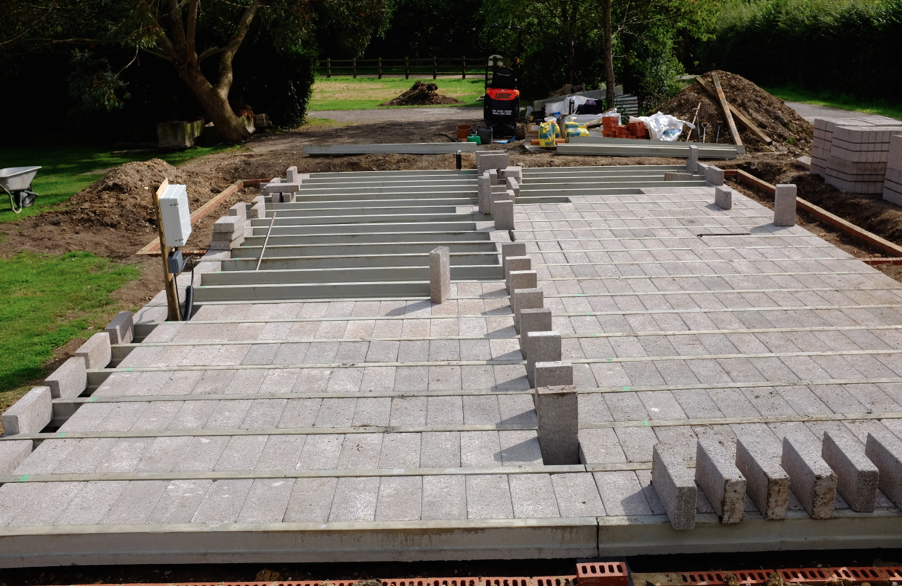 The final row being added to the Garden Room, as photographed and Tweeted by a passing chaffinch... 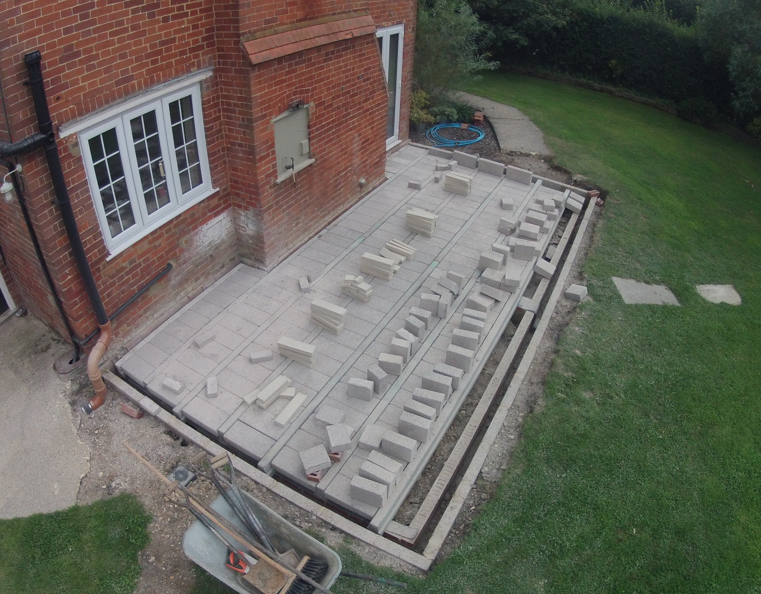 The Garden Room as it stands now - a very runny mortar mix was brushed over the blocks to fill in the cracks. This adds a huge amount of strength - before this was added, you could 'bounce' the beam and block floor. Now, it's rock solid - and there will be more to come when it's insulated and a screed floor is poured. 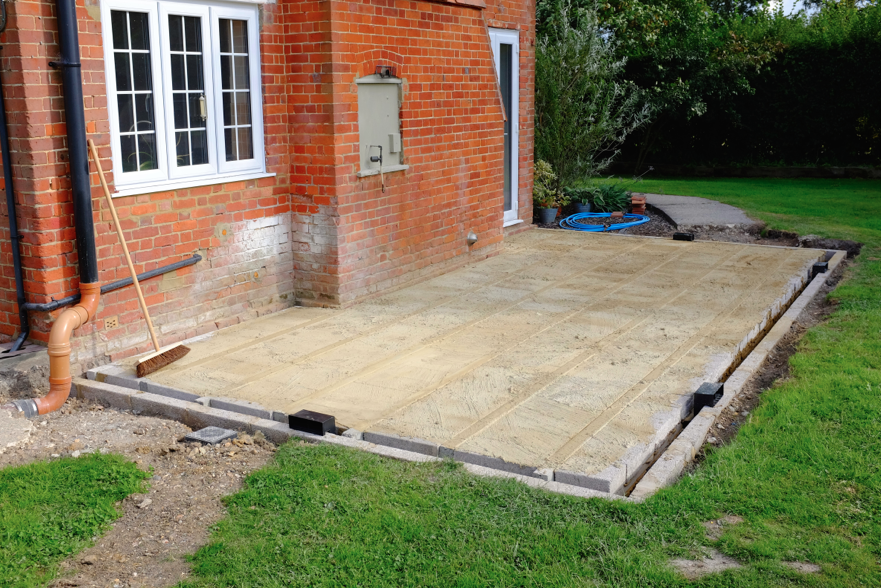 The current view of the Barn looking south - all the soil has been roughly landscaped, but it needs a good raking to get rid of a lot of stones and debris before we dare scatter grass seed. 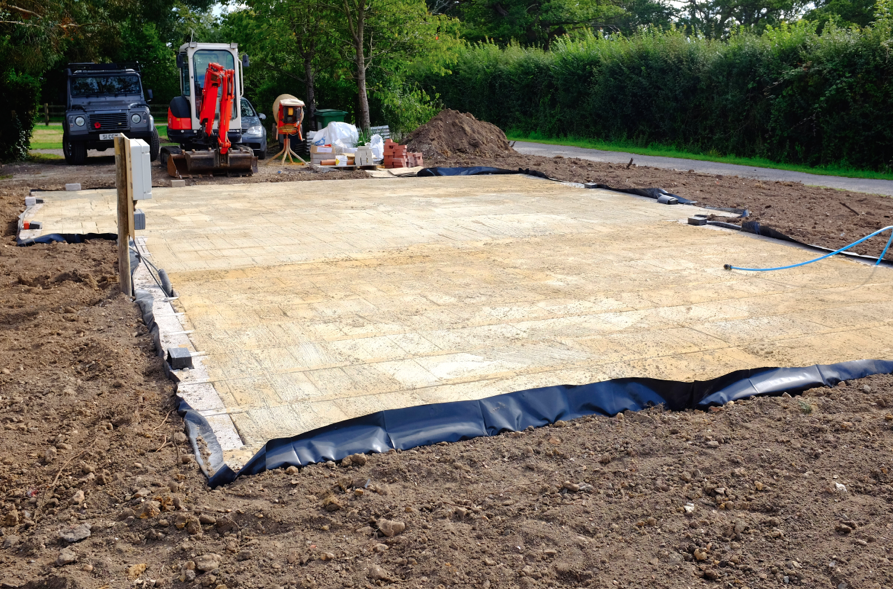